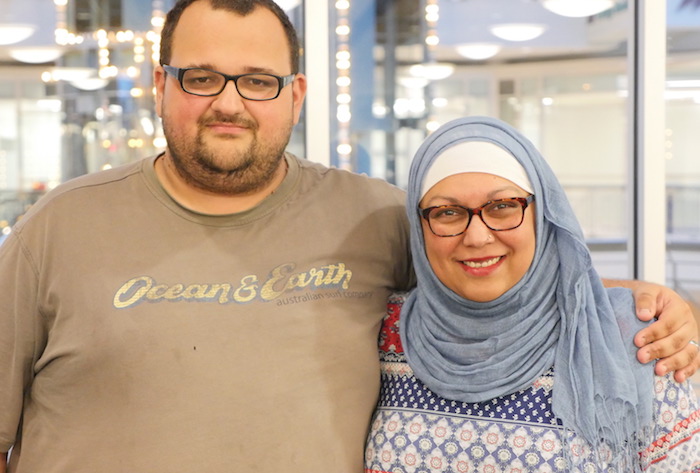 In this podcast episode, Rifat Hussain and Tristan Johnson reflect on the history of Islamophobia and the impact that it has on the lives of Muslims today.

Rifat Hussain is the manager of Orientation Services for Newcomers at the Cross Cultural Learner Centre, and she has played an integral role in helping settle hundreds of refugees and newcomers in the city. She is also the chair of London’s Diversity, Inclusion, and Anti-Oppression Advisory Committee. Rifat’s family immigrated to Canada from the United Kingdom when she was very young. She has degrees in Criminology and International Politics. Rifat is deeply invested in efforts to support cross cultural communication, cultural diversity, anti-bullying, and interfaith dialogue.

In 2014, Tristan Johnson was working on a Masters in American Cultural Studies and researched the experiences of American Muslims after the September 11th attacks. Digging through the statistics, he charted the way Islamophobia morphed from anxiety and fear in 2001, to a more generalized hatred by 2014, complete with attribution to anyone who looks or dresses like someone from Turkey, the Middle-East, North Africa, or South Asia. Now working on his PhD, Tristan is revisiting his 2014 research, investigating the impact of ISIS on Islamophobia and examining the way that Islamophobic attitudes have spread in Canada and Europe.