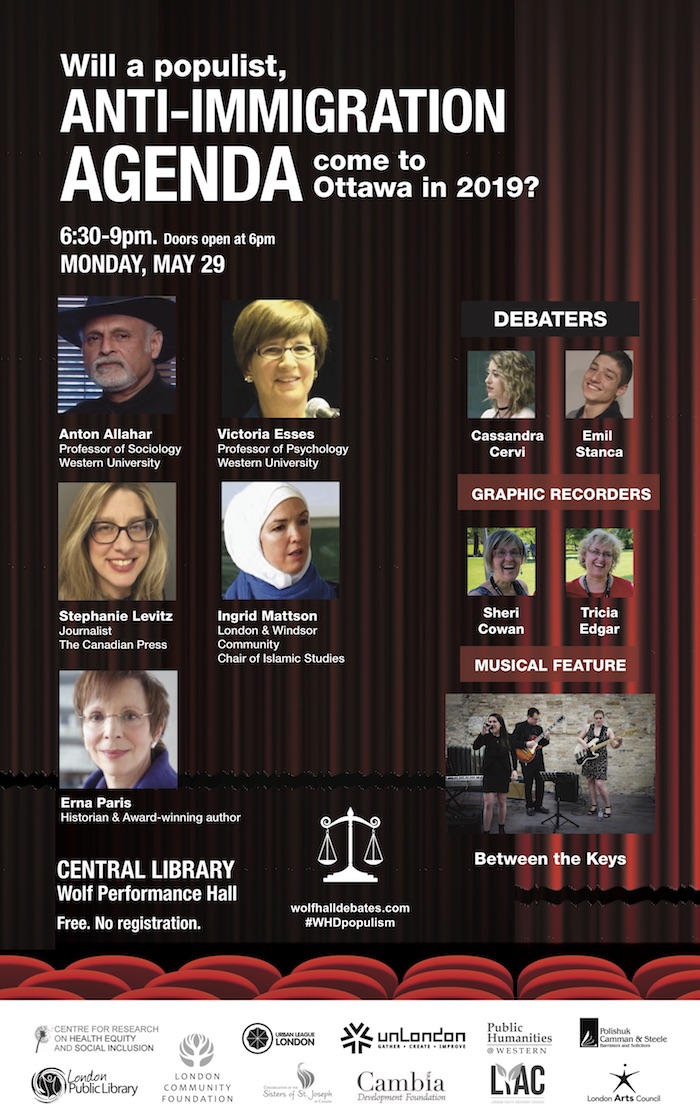 In one week from today, we will gather to ask the burning question of our moment in history: will populist, anti-immigration sentiments take hold of Canadian politics?

Read Will Canada be Different?, a short reflection by CRHESI coordinator James Shelley on some of the variables and factors in this critical discussion.